South
Africa’s health, humanitarian, and socio-economic problems are characterized by
extreme inequalities and misdistribution of resources.  Thirteen per cent of the population lives in
“first world” conditions, while nearly 50% live in poverty, characterised
by poor housing and limited access to basic services, such as water,
sanitation, electricity and primary education.
Worldwide, South Africa has the highest number of people living with HIV
– at 6.8 million – and the largest antiretroviral therapy programme, the
highest incidence of tuberculosis – with an increasing drug resistant TB
epidemic –, and the highest recorded rate of rape. Migrants are at increased
risk of violence and have limited access to health care.

MSF currently
runs 4 projects in South Africa: 1. Piloting innovative models of care towards
increased testing, linking, successfully treating (undetectable) and retaining
people with HIV/TB, including DR-TB, in Khayelitsha; 2. Reducing HIV and TB
incidence, morbidity and mortality via combination prevention in Eshowe &
Mbongolwane; 3. Responding to Sexual & Gender Based Violence within a Large
Migrant Population in Rustenburg; and 4. the Stop Stock Out Project monitoring
stock outs of essential medicines in South Africa (as a member of a civil
society consortium). In addition to medical service delivery, MSF conducts
operational research, training and mentoring, and advocacy towards policy
change in the areas of HIV, TB, sexual violence, vulnerable migrants, and
patent law reform in South Africa. 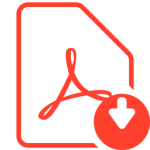